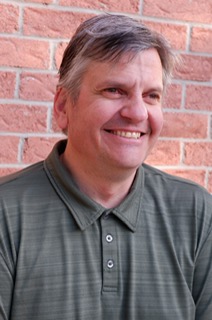 Elio Riggillo grew up in Toronto, Ontario where he learned to deal with his deafness from an early age. Experiencing significant sight loss later in life, he adapted to his new reality, learning to use Braille and a white cane.

Elio is married and the proud father of three children. In his spare time, he enjoys cooking, hiking, and card games.

Elio is a strong advocate who has arranged for enough intervention hours to be a productive member of society. In fact, intervenors help Elio hold down four jobs:

He acts as a role model to others who are deafblind, helping them learn to adapt to the loss of sight and hearing while still enjoying a satisfying and productive life.

Elio received The Joyce Thompson award, known as the “JT award” in 2012. Joyce was a visionary leader in the deafblind services sector who played a key role in establishing the Rotary Cheshire Homes and the Canadian Helen Keller Centre.

The award recognized Elio’s efforts advocating for the needs of people who are deafblind.